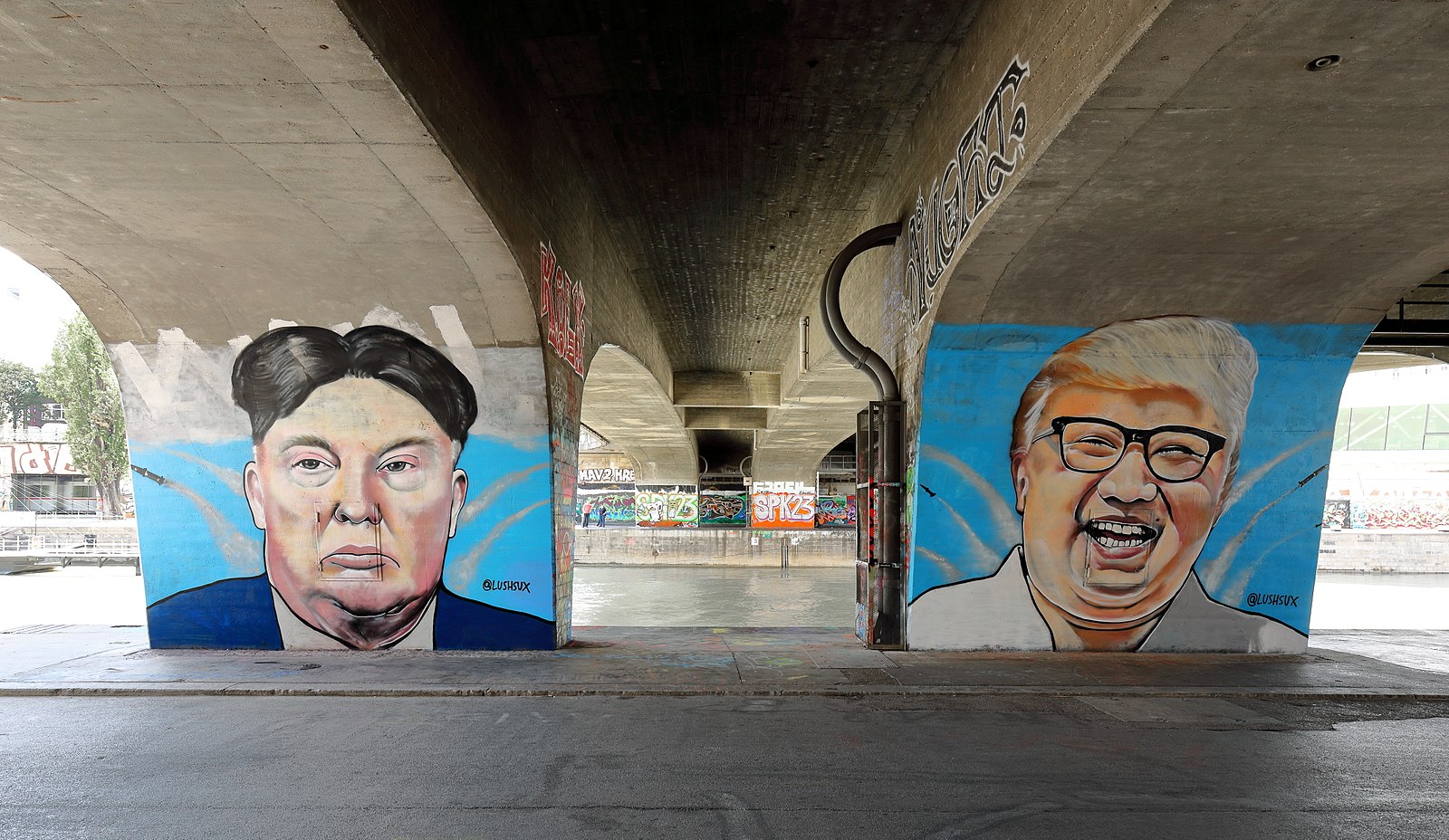 I am presently conducting research at one of the US Department of Energy’s national laboratories, working alongside physicists, chemists, biologists, environmental scientists, and other experts in the physical fields. I, on the other hand, come from a more humble background, gaining “expertise” in the never static field of international politics. The distance between my colleagues and me is both wide and narrow. On the one hand, nuclear physicists conduct research in heavy colliders, measuring energy produced after slamming two particles together, while I consult international agreements, official policy statements, and even, to a lesser extent, unofficial Twitter posts. On the other hand, however, the man studying the ways radiological isotopes can help facilitate the eradication of cancerous cells from the human body is not that different than I.

He and I share, to borrow from E.H. Carr, a similar propositum. We both come to our respective fields because we realize that the careful study of cause and effect, of correlation, and of interactions can cure a body of ill. Whether that body is an individual human person, whose cells have betrayed it, or a collective body of societies or states, suffering any number of man-made maladies, the broken—or even merely feverish—body is the catalyst for our purposive pursuits. Therefore, no matter how much I try to deny it, I must admit that no science is separable from purpose, and any scientist eschewing purpose completely, in favor of mere explanation, will almost certainly make a poor dinner guest.

All this philosophy aside (for the moment), an important ongoing development in international politics is the evolving relationship between the West and the Democratic People’s Republic of Korea (DPRK, or most commonly called North Korea). US President Donald Trump and DPRK Supreme Leader Kim Jong Un are scheduled to meet in Singapore on Tuesday to discuss peace on the Penninsula and the oft-sought and ever-elusive DPRK nuclear disarmament. Whatever comes from the summit—whether Trump furiously walks away, turning to Twitter to unleash his wrath aboard Air Force One, whether Kim commits to immediate and total denuclearization, or whether the outcome lies somewhere in between—the summit and everything leading up to it represent remarkable changes in our understanding of nuclear weapons as—from a realist position—guarantors of security.

Let’s take a step back for a moment. 2008. Barrack Obama ran a campaign on the promise of (eventual) global zero, or the total and global elimination of nuclear weapons. Essentially, candidate Obama was running as a moral crusader, promising to eliminate the existential threats posed by even a single malicious or accidental nuclear detonation. Despite realist logic that nuclear weapons stabilize the system by offering possessor states the ultimate deterrence against any aggressive intrusion, Obama realized a moral obligation to protect the innocent from the madness or ineptitude of leaders. But not even moral crusader Obama could escape the cold, hard logic of realism. By 2010 his Nuclear Posture Review—while certainly more progressive than most of his predecessors, perhaps excluding Reagan—revealed a stark contrast between candidate Obama (or even Prague Obama) and President Obama. Nuclear disarmament was no longer the immediate goal; rather, he simply stated that nuclear weapons would take a back seat to a policy acceptable to realists—he would simply curtail new nuclear-weaponized technology and promise not to attack non-threatening states with nuclear weapons. In other words, moral crusader Obama had become realist Obama (if only in regards to nuclear disarmament).

Standing in even starker contrast than the 2008 and 2010 Obamas, is Obama and Trump. While Obama slid towards realism, Trump is sliding towards the moral crusade. The first US leader to ever meet with a DPRK leader (obviously, against the realist wishes of John Bolton), Trump is hoping to help facilitate a plan that is—according to realists—completely irresponsible of the Kim regime.

It appears Kim, too, ascribes to some morality not present in the previous two incarnations of the Kim idol. It must be stated in no uncertain terms that Kim Jong Un is not Kim Jong Il, and he is certainly not Kim Il Sung. Western-educated, the baby-faced Supreme Leader inherited a doctrine of immense cruelty that he slowly walked back. Stories of Kim’s ruthlessness were largely exaggerated (or made up from whole cloth). Kim’s liberal dispositions—relative to his forefathers—was compounded by a simple, undeniable fact; in Summer 2017 he lost his ability to further test nuclear weapons when his only test site collapsed. On the other hand, Kim need not conduct any further testing (the first implosion bomb, for example, was detonated over Nagasaki without ever being tested first). Simply demonstrating thermonuclear capability is enough to establish at least a considerable amount of deterrent capability. Therefore, the seeming fact that Kim is even willing to discuss disarmament is quite remarkable.

Kim Jong Un has no reason to accept any disarmament requests. During the Korean War General Douglas MacArthur demonstrated the US’s resolve to—not only undo hostile invasions from the North into the South—but also the US’s resolve to topple the new revolutionary regime. If not for the intervention of a neighboring, new revolutionary regime, there would be only one Korea. Furthermore, by pulling out of the Joint Comprehensive Plan of Action and reimposing sanctions on Iran, Trump has demonstrated that cooperative states can be punished for playing by the rules. Kim, therefore, has every right to express paranoia that, should he denuclearize the peninsula, American and Southern (and probably Japanese) forces would simply decapitate the Northern regime from the Korean people. But Kim appears to not be doing this. At least on the outside, he appears to genuinely desire peace. And if the only way to achieve peace is to denuclearize and play by Western rules (in exchange for security guarantees from the West as well as access to global economic markets), then Kim is willing to give up his deterrent capabilities. Realists—especially this blog’s namesake—have a difficult time explaining this. This brings us to the crux of this post.

Nothing will happen until it can happen.

Obama was keenly aware that global nuclear disarmament was untenable. He further accepted that attempting diplomacy with the DPRK, particularly following the death of Kim Jong Il, would likely lead nowhere. But with the election of Moon Jae In, a liberal Korean leader with peace sympathies, and the election of an American president that expressed himself as a “deal maker” and who took great interest in the DPRK, even announcing, as President-Elect, his desire to “eat a hamburger” with the Supreme Leader while discussing peace and disarmament, Kim, Moon, and Trump have all met somewhere realists don’t necessarily believe exists—at the next step towards utopia.

Utopian realism—to borrow from Ken Booth and, again, Carr—suggests that realism is not the end point in human history. While survival often depends upon accepting the reality of anarchy in the international system, human beings tend towards cooperation, despite uncertainties, if only on a long enough timeline. If Kim Jong Un accepts and follows through with total disarmament, it will be because of the totality of reality has shifted sufficiently enough that realists will have to update their mathematical models to include some delta.

My hypothesis is this: If Kim denuclearizes it will be because of 1) he is not his father or grandfather, 2) he has lost the ability to conduct further nuclear testing, 3) other important stakeholders are either sympathetic to peace or deeply interested in seeing the nuclear situation on the peninsula resolved, and 4) the guarantee of security and access to the Western economic fold has been met.

Of course, this hypothesis is only testable when and if it becomes a fact. Furthermore, it is reasonable to view every element of this situation with a healthy dose of skepticism. Trump is willing to punish Iran, despite Iran’s abidance to the rules, and the DPRK has a long history of pretending to play by the rules in exchange for some short-term payoff. In other words—and I accept the tautology criticism—if it does not happen, it’s because it cannot happen right now.

And to come full circle to the beginning of this post: I personally take Obama’s position on the utility of nuclear weapons, with the total acceptance that global nuclear disarmament is unlikely in the short term, due, almost totally, on the reality of anarchy. That is my purpose and my analysis. On the other hand, my purpose might have converged with my analysis—if only in regards to the DPRK. It is within the realm of possibilities that nuclear disarmament on the peninsula is a viable future. And if it is viable in relatively short order, then it ought to be the future (so long as the US keeps whatever promises it makes in return).